For Johnny and Jack

The following is a speech that I proudly presented on Anzac Day, 2017.  It is a message that should be shared.

The casualty rate in wars since 1945 has fallen to just 30% of the levels experienced in World War 2. In the same time the rate of Post Traumatic Stress Disorder has tripled.

When they returned to America the Vietnam veterans returned to a home divided by its own internal conflicts.

The Vietnam veterans were the most hate veterans of all time.

They were also the most traumatised.

In Afghanistan and Iraq only 10% of American soldiers actually see active combat, yet on returning home 50% of them suffer some form of Post Traumatic Stress Disorder.

On average 22 American veterans die by suicide each and every day.

We don’t have the figures for New Zealand.

For many soldiers going off to war is the straight forward part, it’s in coming home that their real battles begin.

For my Grandfather these were the 8 further invasive operations that he had to endure to treat his wounds.

It was the near 10 year long battle with bureaucracy before he was finally awarded his full pension and was finally able to give up having to go to work every day.

It was his ongoing battles with alcoholism and depression.

This speech was originally written for my grandfather but on Thursday I received this letter from a woman who I do not know. Who I have never met. In it she tells her father’s story detailing his experiences in World War 2 and the battles he faced when he came home. Jacqueline has asked that I also tell his story.

And like my Grandfather, on returning home, Jack also fought his battles against alcoholism and mental illness.

My Grandfather managed to eventually win through in most of his battles, but in a wardrobe, in his room in a veteran’s hospital in Dunedin, at the age of 72, Jack Freeman took his own life.

So this speech is dedicated to my Grandfather and to Gunner Jack Freeman.

Huia Percy known as Johnny stood just 5 foot 2. Married at the age of 24, by the time he was 28 he had lost his father, baby daughter and his pregnant wife.

Perhaps then understandable that when World War 2 came around Johnny was the first in the queue, leaving behind his infant son and aging , widowed mother.

If it wasn’t for illness Johnny would have been on the first boat out but by God he wasn’t going to miss the second one.

They took him to Egypt and trained him as a gunner.

He fought at Tobruk and El Alamein and was injured in both battles.

Driving his truck through the desert Johnny saw a plane coming directly at them. He stopped the truck and yelled to his mates to ‘Get out. Take Cover!’

His body riddled with shrapnel, Johnny was the only one to survive.

They picked him up, brushed him off and sent him off to Italy to do it all again.

My Grandfather went to war, was critically wounded but he survived.

In those days they just stitched them up and sent them straight back out there again.

He had the scars to prove it.

When he came home he brought his scars with him.

People thought it amusing to make loud noises around him and watch him dive for cover.

If you saw a soldier cowering neath your kitchen table, would you feel pride
or shame?

Back home, he sees familiar faces
but they no longer see him
They tell him that he’s okay, that he must get back to work
but he can’t because these scars that he bears
hurt him so much, every single day

Over there his mates had his back
because he had theirs

Over there he was a part of something, he mattered
and it mattered that he was over there

Over there he had purpose and self worth

But his mates died over there and
he should have died with them
died for them.

But back here, back at home, he wishes only
that he was dead! 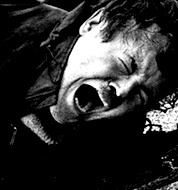 The last man who, as the last grams of self worth drain from his very soul
Finally gets his first job, earning minimum wage and learning the lonely isolation of working 12 to 13 hours a day, 6 and 7 days a week just to make ends meet

The last man to fight and sacrifice his way up the ladder until one day when he finally gets his one shot at the top job he misses out because …
“I’m sorry, we have a quota and you’re a man.”

The last man to lose everything
To never own a flash car or a flash house with a room for every kid,
a master ensuite and walk in robe for his wife
The last man allowed to follow his natural instincts to provide and protect

The last man who although he stopped believing in God a long time ago
throws his head back, raises his hands to the sky and screams
“What the FFFUUUUCCCKKKKKKKKK?????”

Our Society is Toxic, not Masculinity

The term ‘Toxic Masculinity’ really sucks and its heaping more hurt upon men.

I never liked it and I think that I have now come to hate it.

Masculinity is not toxic, being a man does not make you toxic. What is toxic however, is the culture in which boys and men grow up. How we treat them, what we teach them. How we discriminate against them and the expectations that we lay upon them.

It is not all about how men treat men, it is not all about Alpha Male syndrome and all that. Men live mostly to serve, protect and provide for children and women and many of our troubles come from trying to meet those expectations of women.

Our culture of shaming or blaming, accusation is becoming more and more toxic to men. Social isolation is toxic to emotionally suppressed men.

A culture where we expect men to fight their natural instincts to provide, protect, to lead.

It is our culture and it are our societies that are toxic, that need to change. We (all genders, all people) need to create a new culture in which men can thrive as men and as authentic people, authentic men, not men that are more like women but men who are more like people.

We need to stop this denigration of masculinity. This growing culture where the achievements of woman and only the transgressions of men are splashed across the media is becoming more toxic to men.

We need to look at why men hurt people. Why they murder. Why they rape. Why men are over represented in our prison populations, and suicide figures. Why boys are failing at school and why males are stepping away from universities.

Right now, I’m reading this book by Lewis Howes and I know that you have heard it all before, but really if you are a man, woman or you’re raising boys you need to get your hands on a copy of this one.

If you are involved in organised sports: competing, coaching, organising or as a parent get yourself a copy.

I am not a book reviewer and I am not even a strong reader but this book struck a chord or two.

Sure I’m interested in these issues, they consume most of my waking thought but even if you have never thought about masculinity, yours or someone else’s, you need to do yourself a favour and get hold of this book.

I bet that something in it will resonate with you and if somehow it doesn’t, well you need to wake-up to yourself, to whats going on, resolve to be more honest with yourself and those who matter to you and then read the book again.

If still you can’t bring yourself to read this book, get someone that matters to you to read it and then make you open up to the issues that it discusses.

Yeah, I was getting out of this one lightly, but now I have to read the chapters that deal with those other masculine characters that we all know: The Joker, Mr Invinciblity, The Know-it-all and Alpha Male.

Damn this book is about to real and uncomfortable.

We live in a patriarchal society, created and lead by men for the benefit of men ahead of all others.

Yet fewer than 1.5% of men will every rise to a position of power and control, to lead a major corporation or organisation, become a military or political leader.

For the other 98.5% of men reality can be very different.

Look at the school dropout rates and tell me how our societies benefit men.

Look at our juvenile justice system, unemployment and redundancy figures and tell me how our societies benefit men.

Look at workplace accidents and workplace deaths. Alcohol abuse and drug addiction. Look at the road toll and tell me how our societies benefit men.

Look at our courts and prisons. Murders, the murdered and the murderers.

Look at suicide rates and the rows upon rows, upon rows of war graves all around the world. Look at the homeless, look at our reduced life expectancy and tell me how our societies benefit men.

In 1991 I was called to the Ministry of Health. They wanted to brief me on a piece of work to do with the National Cervical Screening Campaign, about to be launched in New Zealand for the first time.

In a startling revelation, the woman with whom I was meeting for the first time, said “we know that more men die each year from prostate cancer than women die from cervical cancer.  Yet, we chose to do this (the National Cervical Screening Campaign) because we know that men are less likely to make a fuss.”

Around 27 years later, here in New Zealand 50 women die each year from cervical cancer. Way too many.

600 men die of prostate cancer in New Zealand each year and we don’t make a fuss.

We are men. We have the scars to prove it.